My resent desire to have a formal family of my family goes back to my childhood in the 1950’s. Trips to the local portrait studio were an accepted ritual at all income levels. There was of course the official wedding photo taken the week before the event. I have lovely wedding portraits of my grandmother, an aunt, and my parents, each a window into the times and people. My Italian immigrant grandma was widowed so her attire was conservative. Still one can look closely and note the fox collar on her suit and beaded purse, signs of coming middle class prosperity. Her daughter Nora’s wedding party’s portrait indicated growing wealth and indulgence of an oldest daughter. Nora’s white lace dress and veil are stunning and she beautiful. The groom stands proudly in his fine, no doubt new, suit. My mother wore a new business suit for her photo session and wedding. It was World War II and Dad had to be back to his base in a week.

Baby photos had specific rules and were taken at regulated intervals. You began at birth, then once a month for six months or more, and finally settling on once a year. Contracts were signed pledging to miss no milestones. For busy stay at home mothers, and in my world they were all stay at home Moms, the photographer would come to your home. In fact he would take a full family grouping if you so desired.

The studio was more exciting to me with the heavy camera, lights on stands and numerous props. Cameras were large and imposing and the demeanor of the photographer serious.

It was with this mindset that I decided I wanted such a formal representation of my husband and I, daughter and her husband, and our son, his wife and three-year-old son. After all, our bedroom hallway was lined with such images documenting the four of us as the children grew and my husband and I aged. It was easy then; large commercial outfits did family photos for church directories and at banks and schools, which is how our framed photographs were created.

In my mind I thought of the wonderful photographs of Gordon Parks, and Addison Scurlock. Ordinary folk made extraordinary by the photographer’s careful posing, use of light and insights into their customers. The results are ageless.

And so I embarked on what I perceived would be a simple project. I was wrong, it is not so easy today. The trend has gone to informality; groups arranged on a sandy beach all wearing matching colors, usually beige, white, and black or the happy family posed in sunshine drenched yards or parks. Part of the reason for this is the cost of setting up a studio; rent, utilities, lighting equipment, backgrounds as well as a collection of props. All you need now for a career in contemporary photography is a camera. Beyond economics, our informal lifestyles and dress match this current genre of photography.

Alas when I began to look for a small local establishment I almost came to believe that traditional portrait studios were extinct. Even widening the search to cities I fared no better. I would locate what I thought was a possibility then view the on line gallery and be disappointed. Don’t even ask me about photos of husbands kissing the bellies of their almost ready to deliver pregnant wife.

Finally I found a studio located in a small town near where our son and his family lived. Southern Exposure Photography sounded old fashioned enough to meet my needs.

Do you know how hard it is to set a date with three very contemporary families involved? Translate contemporary to constantly going from one activity to another. Two appointments were cancelled due to conflicts.

After six-weeks of asking, Does this date work?” only to have late minute issues and cancel the appointment, we all arrived at the studio on a Saturday morning. My rule was sweaters, skirts and heels for the ladies and grey suits for the men. This would be a formal portrait. Besides it was a Christmas gift request and as such I ruled. As we entered the establishment we walked down halls hung past large stunning portraits in heavy frames. Our grandson ran to greet me in dressy pants, vest and mini tie. Perfect!

Even better was the studio. The cameras were on stands with rollers, concealed and visible strobe lights were set to bounce off aluminum umbrellas. Backdrops flowed down like a cascade from medal poles above with other choices behind them. A couch, chairs, even a fake castle for children’s photos stood ready for the choosing.

We began with a grey mottled background and were arranged on and around the leather couch, first together then in smaller units. Next the grandbaby was taken upstairs to a second studio. Here the cascade of fabric was white. Windows allowed natural lighting with a child sized couch next to a windowpane. Numerous poses were taken and fortunately for us he was in a grand mood, laughing and fascinated by the studio’s equipment.

It will be a week before we return and choose photos. Mine will be of all of us, on canvas, in a heavy frame, with a small brass light over it. I have already chosen the place it will hang in the Living Room.

The photos were wonderful, the hard part choosing and of course not overspending. April and I agonized over choices for almost an hour. But it was a happy and satisfying hour. 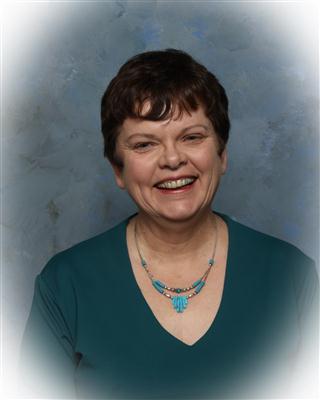